The Preemption of Collective State Antitrust Enforcement in Telecommunications 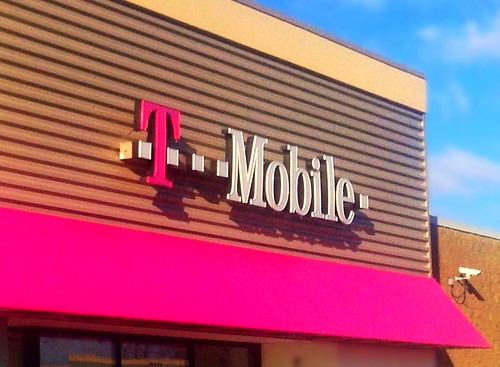 Thirty years ago, cellphones were limited to executives and eccentrics; today, they are a linchpin of modern society. Telecommunications help people connect, access emergency services, and navigate cities, but may represent a high cost to consumers. In 2013, T-Mobile branded itself the “Un-Carrier” and immediately began a strategic and widespread disruption of the consumer telecommunications market. Over the last seven years, T-Mobile instituted policies and campaigns to acquire market share from Verizon and AT&T, the two largest mobile carriers. Looking to jumpstart 5G technology and push the U.S. wireless infrastructure forward, T- Mobile decided to address its spectrum shortcomings by acquiring Sprint Mobile.3 Sprint Mobile faced an uncertain future, with declining subscribers and revenue. Telecommunications play a central role in the daily lives of most U.S. citizens, and the economics underlying the market determine the shape of that role. Before the merger, T-Mobile and Sprint had a combined 127,166,000 customer base. Changes to the market and the services provided to the existing customers of the new T-Mobile could drastically impact the welfare of a substantial number of consumers.

Federal and state antitrust differences came to a head in New York v. Deutsche Telekom AG. On April 29, 2018, T-Mobile announced its intention to merge with Sprint. The firms submitted the merger for review by federal agencies on July 18, 2018. Review by the Department of Justice (“DOJ”) and the Federal Communications Commission (“FCC”) followed. The DOJ and FCC reached settlements with the merging companies on July 26, 2019, and October 16, 2019, respectively. Then, fourteen States’ Attorneys General filed suit to block the merger, alleging concerns of raised costs and decreased competition. The suit proceeded to trial, with the district court reaching a verdict in favor of T-Mobile and Sprint. Finally, on April 1, 2020, the merger closed. Despite the closing of the merger, challenges continued with regulatory pushback from the California Public Utilities Commission (“CPUC”) and consumer litigation attempting to block the merger.

The dichotomy between the levels of government provided murky guidance to telecommunications firms on what behavior is anticompetitive and what decisions firms will have to spend years defending. Despite T-Mobile and Sprint agreeing to sell off several subsidiaries, helping to create a new competitor, and surviving a gamut of regulatory reviews, these companies still could not merge. At this point, preventing the deal would cause irreversible harm to the merging parties.

The conflicts that arose in the T-Mobile-Sprint merger could have been solved through the preemption of collective state antitrust enforcement in the telecommunications market, which would balance the twin goals of promoting the consumer and aggregate social welfares. The telecommunications market is subject to substantial federal scrutiny and regulation, which limits competitive choices to an abnormal degree and causes the market to suffer extraordinary damage when collective states interject themselves as enforcers. Limiting state antitrust activities is not a novel concept, with a variety of studies arguing that the inefficiencies and competing interests associated with state action substantially hamper state antitrust enforcement of national markets. This Comment does not presume to redefine the antitrust system in its entirety, but narrowly applies the possibility of preempting state action to the telecommunications market.

*J.D. Candidate, 2021, University of Richmond School of Law. B.A., 2018, George Mason University. I want to thank Professor Kristen J. Osenga for her mentorship, guidance, and friendship through this pandemic. I thank my fellow members of the University of Richmond Law Review for their hard work and dedication. Finally, I am forever grateful to Niamh Grosso and my family for their unwavering support.