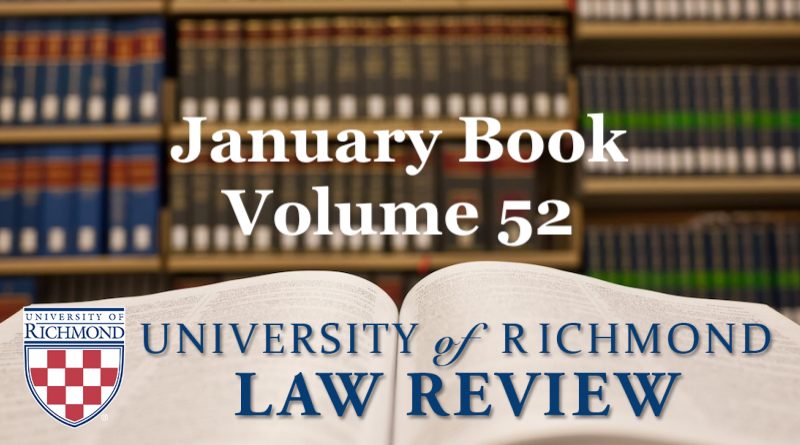 END_OF_DOCUMENT_TOKEN_TO_BE_REPLACED

Do as I say, not as I do. For decades, Plessy v. Ferguson has been identified as one of the worst decisions ever handed down by the Supreme Court. In a near unanimous opinion, the Justices found nothing unconstitutional about a law that required African Americans to ride in a separate boxcar from their white counterparts. In fact, the ruling even seemed progressive at the time as it required that the separate boxcars be qualitatively the same. Justice Harlan authored the sole dissent that housed his infamous prophecy that the Plessy decision “in time, [would] prove to be quite as pernicious” as the Dred Scott decision. Yet despite universal condemnation, America still has not learned to truly rid itself of the lingering effects of Plessy.

END_OF_DOCUMENT_TOKEN_TO_BE_REPLACED

If you are one of the many people who use social media daily, chances are you have shared copyrighted photographs, retweeted copyrighted Vines, and reblogged copyrighted GIFs, all of celebrities or anonymous people you know only through the meme itself, and you have never paid a cent to anyone.

Social media is a huge and profitable business, and it is often stated that much of it is based on user-generated content. Facebook, Twitter, and Tumblr are nothing without the people who upload to the sites, but social media is frequently not about the posting of content you have generated yourself, but rather the reposting of content you have seen other people post, often without the knowledge or consent of either the rights-owner or the people in the content itself.

END_OF_DOCUMENT_TOKEN_TO_BE_REPLACED

Fifty years ago, in Katz v. United States, the United States Supreme Court developed a flexible approach to assessing when the police’s use of modern technology became a search within the meaning of the Fourth Amendment. Katz abandoned the importance of trespass law and reframed the debate in terms of expectations of privacy.

Decided towards the end of the Warren Court era, Katz, like other progressive Warren Court decisions, has undergone a retrenchment over most of the past fifty years. In a series of post-Warren Court cases, the Court routinely found that when a suspect exposed information to third parties, society did not recognize the suspect’s expectation of privacy as reasonable. Thus, when the police sought similar access, the police conduct did not amount to a search. The post-Warren Court did not focus on how much privacy is essential to a free society. The post-Warren Court cases had the effect of allowing technological innovation to determine how much privacy the Fourth Amendment protects. Framed differently, when companies developed technology that required us to expose information to third parties—for example, when we use cell phones or global monitoring technology—the act of sharing information with the technology company eroded Fourth Amendment protection.

END_OF_DOCUMENT_TOKEN_TO_BE_REPLACED

To most, “The New York Convention” may sound like a gigantic conference center filled with people wearing “I heart NY” shirts and eating thin crust pizza, but for a small group of international commercial litigators, it sounds like a trump card to end all trump cards, a ticket into federal court and—eventually—out to arbitration.

The N.Y. Convention on the Recognition and Enforcement of Foreign Arbitral Awards (“Convention”) is an obscure and infrequently utilized part of Chapter 2 of the Federal Arbitration Act implementing the United Nation’s Convention covering how to enforce and recognize foreign arbitral awards and agreements. One of the marvels of the Convention is that it contains special, extremely defendant-friendly removal provisions. Where these provisions come to life though is in how the courts construe and enforce them. Specifically, the Convention requires that a foreign arbitration agreement “relate to” the subject matter of the case for it to be removable, irrespective of diversity of citizenship or federal question jurisdiction. The Fifth Circuit originally crafted a standard in Marathon Oil v. Ruhrgas, A.G. interpreting the “relates to” requirement that struck the right balance to allow easy removal but maintain structure. Now, however, the Fifth Circuit has created a new standard in Beiser v. Weyler interpreting “relates to” so broadly that the gate into federal court is blown right off of its hinges. Alarmingly, more and more circuits are picking up the Fifth Circuit’s new test. Many circuits though have yet to adopt any test as these cases are very niche and come up only on occasion.

END_OF_DOCUMENT_TOKEN_TO_BE_REPLACED

Justice Kennedy began his recently decided Peña-Rodriguez v. Colorado majority opinion by saying, “The jury is a central foundation of our justice system and our democracy.” The case grappled with the question of whether the long-standing federal rule that jury members cannot testify about any aspect of the deliberation process should give way in cases of racial bias. In a 5-3 decision, the United States Supreme Court found that it should, thereby creating an exception to the commonly referred to “no-impeachment rule.” This exception comes after many expressed concerns that allowing testimony about jury deliberations will undermine the criminal justice system. Those opposed to the exception fear that this exception will remove finality from jury verdicts, dissuade jurors from engaging in “heated discussions” during deliberations and lead to harassment of jurors. Notwithstanding these concerns, the Court ruled that ensuring the elimination of racial bias in jury deliberations was too important of a government objective to allow for the no-impeachment rule to remain undisturbed.

END_OF_DOCUMENT_TOKEN_TO_BE_REPLACED

State legislatures can indirectly, but effectively, restrict constitutional rights by enacting statutes that create a private cause of action. This is possible when the cause of action creates potential damages that are so severe as to de facto compel people and entities from engaging in certain conduct. For example, if a statute allows private citizens to sue a person when that person engages in X, then individuals and entities may cease to engage in X if the possible liability arising from engaging in X is too significant. When the United States Constitution protects the conduct that the statute de facto, though indirectly, compels people to forgo, a serious issue arises.

END_OF_DOCUMENT_TOKEN_TO_BE_REPLACED

After an escalation in deal litigation that culminated with challenges to 95% of $100,000,000 deals, merger objection litigation that ends in disclosure-only settlements has become a topic of great concern. These cases are concerning because it seems implausible that 95% of all mergers are executed carelessly. The problematic cases all follow a similar pattern. When a merger is announced, multiple shareholder plaintiffs challenge the transaction in multiple jurisdictions. Plaintiffs and corporate defendants then quickly agree to a disclosure-only settlement, wherein the plaintiffs receive trivial supplemental disclosures about the transaction. In return, defendants receive a broad release from liability for future claims. The parties then seek the court’s approval of the settlement, and upon receiving approval, the plaintiffs’ attorney is rewarded with significant attorney’s fees. This cycle is so common it has been dubbed a “deal tax” or “transaction tax.”