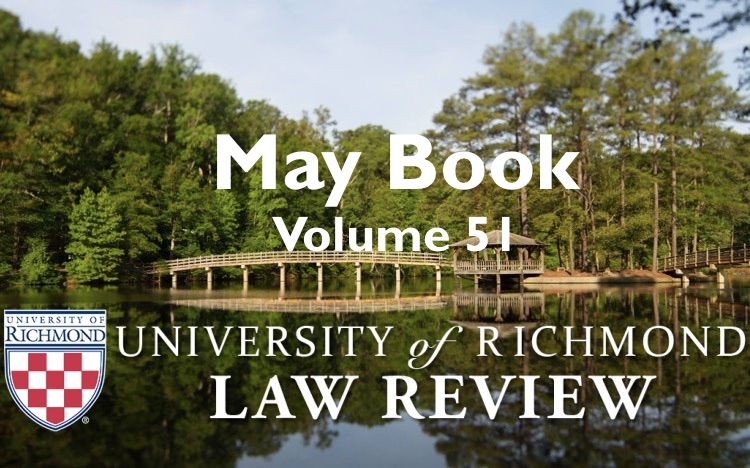 This comment examines the current state of the law surrounding the exercise of general jurisdiction and forecasts the circumstances under which the Supreme Court is likely to clarify its recent decisions. Its purpose is to explore the principles announced in Goodyear Dunlop Tires Operations, S.A. v. Brown and Daimler AG v. Bauman and consider whether the due process rationales offered in the past coincide with the new essentially at home standard imposed for general jurisdiction. Moreover, this comment analyzes the reactions of the lower courts in the wake of these decisions and predicts where the Supreme Court is headed in cases involving foreign corporations. The recent decisions prioritize predictability for the defendant above rationales offered in the past. The Court left open a small opportunity for discretion, but has stopped just short of establishing a bright-line rule. Thus, lower courts must try to identify what exceptional hypothetical facts are necessary to exercise general jurisdiction over a corporate defendant outside of its principal place of business and state of incorporation.

* J.D. Candidate 2018, University of Richmond School of Law. B.A., 2010, Flagler College. I would like to thank my husband and son, Dennis and Adrian Heinz, for their constant motivation and encouragement. I also express gratitude to my parents, David Muller and Karen and Bill Kotwicki, for their unconditional love and support. I would also like to thank Professor Clark Williams for his invaluable guidance and feedback throughout this writing process. Finally, I would like to extend a special thank you to the University of Richmond Law Review staff and editors for their assistance in preparing this article for publication.

COMMENT: Amateurism And The NCAA: How A Changing Market Has Turned Caps On Athletic Scholarships Into An Antitrust Violation

When asked about why student-athletes should receive compensation, Jay Bilas, an ESPN analyst, responded with a metaphor: “[I]f your kid is the star of Home Alone, and they say ‘Look, we are just going to pay for expenses. And if they do a really good job, maybe when they‘re older . . . they can get paid then.’ You would say, ‘No, no—this is not the school play. This is a multi-billion dollar business.'” The college athletics industry is worth $16 billion, and it only continues to grow as the number of collegiate students and student-athletes increases. The governing body of collegiate athletics, the National Collegiate Athletic Association (“NCAA”), prides itself on the amateur status of its athletes. To preserve its athletes’ amateurism, the NCAA mandates that its member institutions agree not to compensate student-athletes with athletic scholarships that are above the university‘s cost of attendance. Typically, this type of horizontal agreement—one between competitors that artificially caps the amount a worker can earn—violates section 1 of the Sherman Act as an unreasonable trade restraint. The NCAA, however, is permitted to continue capping athletic scholarships, and thus preserving the amateurism of its athletes, because the Ninth Circuit has determined that the pro-competitive effects of scholarship caps outweigh the anticompetitive effects. The time has come to recognize that the injustice of withholding due compensation from athletes who are generating billions of dollars in revenue for universities outweighs the NCAA‘s interest in preserving amateurism.

In just the past five years, the United States has suffered numerous hacks into important entities and institutions across the country by ill-intentioned actors. Private companies and government agencies alike have felt the negative impacts of security breaches by hackers infiltrating proprietary and protected systems. Even the United States political landscape has proven vulnerable to bad actors in the realm of cyber security. Furthermore, analysts have attributed some of the most recent highly publicized hacks to state-sponsored groups. As cyber security threats and opportunities for foreign hackers to infiltrate critical systems become more prevalent, it is natural to wonder where the next hack will occur, when it will happen, and whom it will affect.

*J.D. Candidate, 2018, University of Richmond School of Law. B.A., 2012, University of Virginia. I would like to thank the University of Richmond Law Review staff and editors for their diligent work in preparing this comment for publication; my final editor, Rachel Willer, for her excellent feedback and guidance; and Professor Christopher Cotropia for being an incredible mentor and writing advisor throughout this process. Finally, I would like to thank my parents and my brother for all of their encouragement, love, and support.

We now live in what I call the “digital forevermore.” It was not that long ago that the original computer base data transmission protocol was created simply to facilitate telecommunications between the United States Department of Defense and research universities. While certainly primitive compared to the digital global ecosystem that drives commerce and culture throughout the world today, its core features remain the same. The Internet is an open system based on anonymity. It was never designed to be a secure communication platform. The opportunities and vulnerabilities within this global network, with electrons racing everywhere, much of it with personal information about all of us, are probably beyond our individual comprehension. The ubiquity of the Internet is its strength, and the ubiquity of the Internet is its weakness. And we are all potentially exposed to the potential malignant use of the Internet and the nefarious use of our information that is on it.

Sometime before the end of 2017, Congress has to decide whether and then on what basis to renew the FISA Amendments Act (“FAA”), a cornerstone authority for foreign intelligence surveillance that sunsets at the end of December 2017. The Privacy and Civil Liberties Oversight Board (“PCLOB”) reported in 2015 that more than one quarter of the National Security Agency (the “NSA”) reports on terrorist activities are derived, in whole or in part, from surveillance authorized by section 702 of the FAA, and that the percentage has increased every year since the enactment of the FAA. Although the bulk warrantless collection of communications content enabled by the FAA was viewed as a scandalous overreach when the Bush Administration‘s then-secret program‘s existence was revealed by the New York Times in December 2005, Congress approved substantially the same program on a temporary basis in 2007. Congress codified it in 2008, extended it in 2012, and is almost certain to renew it next year.

Imagine a world where a small plane flies miles above a city, effectively invisible to its inhabitants, but looking down on them. Meanwhile, a series of drones, controlled in a semi-automated pattern by a single operator, hover over the surrounding suburbs. A select group of monitors—no more than a dozen members of the local police force—pinpoint areas of interest in real time, including a large protest, several doctors’ and lawyers’ offices, and a mosque. These officers are able to zoom in from cameras on the high-flying aircraft to identify individuals by their faces and log their activities. Meanwhile, a small group of federal agents review footage from these planes recorded over the course of the last sixth months, creating a precise map of the movements of hundreds of “persons of interest” over that entire period, and cataloging the places they visited and people they interacted with. Using automated identification tools, this process is rapid and simple. The agents will soon move on to a new set of targets, ensuring the government has a complete movement log of a huge portion of the metro area‘s population in time to repeat the process for the next six-month period.