In the pilot of her television show Girls, Lena Dunham satirizes unpaid internships by depicting the protagonist, Hannah Horvath, asking her employer to pay her after more than a year of unpaid work.1 Her employer responds with a quip about the competitive nature of her internship at a New York publishing firm and distinguishes her from another employee who the firm hired after a year of interning. While flagrant violations of U.S. labor laws are breezed over as a matter of comedic relief in today‘s media, they represent very real controversies for nearly a million unpaid interns every year.

END_OF_DOCUMENT_TOKEN_TO_BE_REPLACED 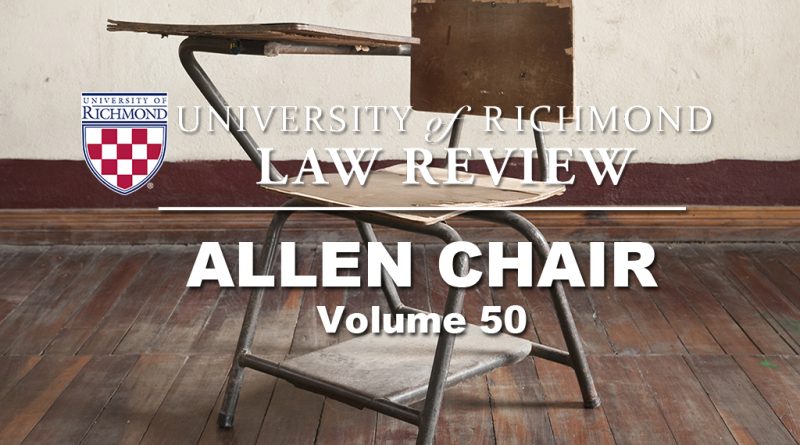 Since 1992, forty-three states and the District of Columbia have passed charter school legislation. Charter schools are commonly defined as public schools that are given considerable latitude from state rules and regulations that apply to traditional public schools while being held accountable for student achievement. There are more than 6700 charter schools nationwide, serving nearly three million students, which accounts for 6% of public school enrollment.

END_OF_DOCUMENT_TOKEN_TO_BE_REPLACED

Over the last decade, the No Child Left Behind Act of 2001 (NCLB or the Act) has proven to be a boon to the charter school industry. The law enabled districts to turn over the responsibility for running a school to a charter provider if that school has gone five years without consistently raising the test scores of students in any one subgroup or demographic category for which there are more than forty students. The student sub-groups governed by this legislation include, among others, those with special needs, English language learners, low-income students, and students of a particular racial minority. Many districts across the country have availed themselves of the charter conversion option, which the law intended as a sanction that would compel struggling schools to improve. No additional sup-port or resources were provided to these struggling schools under the law.

END_OF_DOCUMENT_TOKEN_TO_BE_REPLACED

Charter schools have become a hot topic in education nation-wide. Advocates believe the hybrid public and private structure of charter schools enables them to provide education superior to traditional public schools. Charter schools have more freedom than their traditional public school counterparts because they are not subject to the same laws and restrictions. Charters use that freedom to set high standards for themselves and their students, and then strive to meet those standards using alternative, experimental curricula and teaching methods. However, the schools are not without controversy, and opponents question the educational effectiveness of charters, while entities such as teachers unions and local school boards often staunchly combat their formation. Still others believe charter schools conflict with integration efforts. In addition to ideological challenges, charters face various legal battles regarding issues such as religion and equal protection. Nevertheless, the charter school movement has swept across many states in the nation.

END_OF_DOCUMENT_TOKEN_TO_BE_REPLACED

School finance litigation, whether equality-based or adequacy-based, has helped steer state legislators and policymakers toward fairer, more appropriate school finance laws for over five decades and counting. Yet, a common criticism of these cases lingers: simply asking for more dollars for schools will not create the systemic changes needed to help students achieve in the classroom. Those criticisms often fail to acknowledge the research evidencing gains in student performance, including a longitudinal study showing long-term impacts on the most challenging student groups. While those gains are important markers for the school finance movement, the results are limited.

END_OF_DOCUMENT_TOKEN_TO_BE_REPLACED

Since the 1600s in New England and at least the late 1700s more broadly, colonies, states, and the U.S. Congress have recognized the importance of educational opportunity to prepare children for the responsibilities of citizenship and the challenges of changing times. While a Massachusetts court decided the first litigation for fair school funding in 1819, the modern era of these cases began with decisions in California, New Jersey, and the U.S. Supreme Court in the early 1970s. An attempt to rely on federal equal protection for funding equity in San Antonio Independent School District v. Rodriguez led to the 1973 U.S. Supreme Court decision declaring that education is not a fundamental right under the federal Constitution.

END_OF_DOCUMENT_TOKEN_TO_BE_REPLACED

Education in the United States is governed by principles of federalism that guide the constitutional relationships between our national government’s three branches and state governments. American federalism was an ideological break from the old ideas of sovereignty under the English governance model that took root in the Constitutional Convention in Philadelphia, which occurred from May 25 to September 17, 1787. On July 13, 1787, while delegates met in Philadelphia to strengthen the Articles of Confederation (later agreeing to abandon it for a Constitution), members of the Congress of the Confederation convened in New York City and enacted the Northwest Ordinance of 1787. It, along with a then prevailing ideology of encouragement, shaped the early foundation of the federal government’s role in state education.

END_OF_DOCUMENT_TOKEN_TO_BE_REPLACED

Some judicial opinions are so iconic in their sentiment and pervasive in their reach as to become imprinted on the nation’s collective conscience. Such is the case with these words from Chief Justice Warren in the Supreme Court’s 1954 Brown v. Board of Education decision, holding that racially segregated educational facilities violate an individual‘s rights under the Fourteenth Amendment‘s Equal Protection Clause. In the broader context, these words represent an enduring aspiration that continues to inform policy and signals the need for course correction when legal or judicial discourse strays from equality principles.

END_OF_DOCUMENT_TOKEN_TO_BE_REPLACED

Schools are beset with complex challenges in their efforts to educate students. The tough policies created to ensure safe learn-ing environments appear to be increasingly ineffective, generating racial disproportionality in discipline, academic failure, high dropout rates, and a clear school-to-prison pipeline. The drive to meet the standards on state or national tests have generated pressure-cooker classrooms with little time for students who need more attention or for addressing students‘ emotional or social needs. A growing number of sources suggest that some of these conditions are exacerbated by a lack of teacher preparation in student management, lack of training in culturally competent practices, and gaps in familiarity between students and teachers that reinforce okay-racial stereotypes. Much of this fallout predictably and disproportionately affects economically disadvantaged African American and Hispanic students.

END_OF_DOCUMENT_TOKEN_TO_BE_REPLACED

If you follow social media, you may have noticed the rash of reporting on battles over public school dress codes and their effects on and implications for girls. Complaints have been registered across the country, including here in Virginia. For example, in September 2014 at the Maggie Walker Governor’s School, administrators announced over the PA system that school officials would be performing a shorts-length spot check. Any girls found to be in violation of the rule would be forced to change; if ten girls broke the rule, all girls would be banned from wearing shorts for a day.