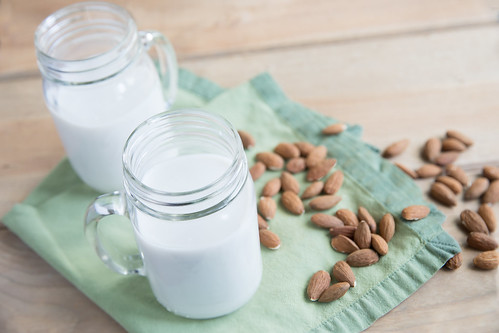 Sure, you’ve heard of the Trojan War, the Napoleonic Wars, and you probably know more about Star Wars than the other two combined. However, odds are that you’ve never once heard of the Mayo Wars, and yet, the litigation behind it has likely impacted the food you have in your fridge at this very moment.

Like many wars, the Mayo Wars were fought between the big guy who set the status quo and the little rebel trying to shake things up. In this case, Unilever, owner of Hellmann’s mayo, was the big guy. Unilever is one of the largest companies in the world, with annual revenues of over sixty billion dollars, and Hellmann’s mayo has been a staple in many American households since the brand first started producing mayo back in 1912. In 2014, Unilever decided to take on Hampton Creek, the rebel of this story and the company behind Just Mayo, an egg-free, vegan mayonnaise substitute. Unilever claimed Just Mayo was, by the Food and Drug Administration’s (“FDA”) standards, not mayo at all and, in its 2014 lawsuit, demanded that Hampton Creek remove Just Mayo from the “more than 22,000 locations” in which it was sold. Unilever’s argument was based on the fact that Just Mayo violated the FDA’s standard of identity for mayonnaise because it lacked an “egg yolk-containing ingredient[].” Because Just Mayo therefore did not meet the legal definition of mayonnaise, Unilever argued that Hampton Creek misbranded by labelling the product as “mayo.” The FDA agreed with Unilever and issued a warning letter to Hampton Creek, informing the company that Just Mayo did not meet mayonnaise’s standard of identity. While Unilever eventually dropped the lawsuit, the FDA still pursued Hampton Creek, forcing the company “to do a better job of explaining the meaning behind ‘Just’ on the label” by increasing the size of “egg-free” on the label and decreasing the size of “the company’s logo of a cracked egg.”

While perhaps not the most riveting war ever fought, the Mayo Wars are an important part of the greater legal landscape dealing with standards of identity and misbranding in the food and beverage industry. However, while referred to as a “war,” the Mayo Wars pale in comparison to an even greater food war that two industry giants are waging today: the war between the dairy industry and the plant-based milk industry.

* J.D. Candidate, 2021, University of Richmond School of Law; B.A. summa cum laude, Classical Studies, 2017, Dickinson College. This Comment would never have been published without the help and dedication of a number of people. I would like to thank Professor Kristen Osenga, for her endless enthusiasm and support, and for helping me discover this delightful topic. I also want to extend my heartfelt appreciation to Jamie Wood for her phenomenal editing and valued friendship, and to Lincoln Wolfe whose eye for detail is almost unparalleled. To the University of Richmond Law Review members who put tireless hours into this article, I truly appreciate you helping me get this piece to where it is today. Finally, to Michael Wilgus—your support for my Law Review life means more than you know.