While the 2014–2015 period brought relatively modest changes to election law, it saw substantial changes in Virginia’s ethics laws for legislators, other public officials, and lobbyists. This article surveys developments in Virginia election and government ethics laws for 2014 and 2015, with an emphasis on legislative developments. The focus is on those statutory developments that have significance or general applicability to the implementation of Virginia’s election and ethics laws. Consequently, not every election-related bill approved by the General Assembly is discussed.

January 13, 2012 lawreviewadmin Comments Off on Virginia Should Abolish the Archaic Tort Defense of Contributory Negligence and Adopt a Comparative Negligence Defense in Its Place

May 15, 2013 lawreviewadmin Comments Off on Advancing an Adaptive Standard of Strict Scrutiny for Content-Based Commercial Speech Regulation 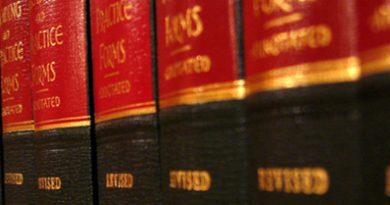 November 8, 2013 lawreviewadmin Comments Off on Wills, Trusts, and Estates